Food and beverage production represents one of the largest global industries today. According to 2018 research from Statista Market Forecast, worldwide revenue from the food and beverage industry is expected to reach just over the US$90 billion by the end of the year. With an expected annual growth of 11.4 percent, that number is projected to reach close to the US$139 billion by 2022.

In recent times, this lucrative industry has faced some headwinds, as evidenced by the sluggish growth in emerging markets, the plunge in commodity prices and the shift in consumer preferences towards healthier products. One of the strongest global trends is the move away from the use of artificial colours and flavours in favour of all-natural ingredients. This trend has reached the point where it has become a real differentiator for consumers.

Here’s a snapshot of the top ten food and beverage companies vying for global dominance (all figures are for food sales as of 2017):

Founded in 1919 in Barcelona and now headquartered in Paris, Danone is an international player in the food and beverage industry. As of 2017, Danone has generated $27.88 billion in revenue across 120 markets. The company is perhaps best known for its line of dairy products, most notably their Activia brand. Other key brands include Actimel, Danimals, and Yocrunch, as well as bottled waters such as Evian, Aqua, Volvic, Aptamil and Badoit. More than half of their total revenue comes from their dairy products, while nearly 20 percent comes from their line of bottled water.

In recent years, Danone has been central in the movement towards plant-based food consumption as a meat alternative. In September of 2018, Danone joined Hain Celestial and other plant-based food companies to create the Plant-Based Foods of Canada (PBFA). The lobbying organisation aims to advance the interests of the plant-based foods sector in the country.

Cargill is a multinational family-owned business that boasts an astonishingly long list of products and activities including food, agriculture, financial and industrial products, and services. The Minnesota-headquartered company is wholly controlled by the Cargill and MacMillan families, who collectively own more than 90 percent of the business. With over 150 years of experience in agricultural production and export and meat production under its belt, Cargill is now the largest private company in the U.S., with over 150,000 employees serving customers in 70 countries.

Although it made total sales of $109.6 billion in 2017, revenue from its food-related services was only $30.5 billion (27.8 percent of total sales), revealing that a larger percentage of its revenue came from non-food-related business activities. Still, Cargill has managed to rank as the ninth largest food and beverage company in the world.

The Archer Daniels Midland Company (ADM) is one of the largest food processing companies in the world today, serving customers in 140 countries. The Illinois company also boasts 33,000 employees working in more than 460 crop-procurement locations and 340 other facilities worldwide, where it manufactures ingredients that are used to make food, animal feed, and industrial and energy products.

In an effort to improve returns, ADM recently sold its global cocoa business to Olam International for $1.2 billion, as it hopes to improve operational efficiency and focus on driving growth in its more profitable product segments.

Founded over a century ago, Mars is a global food-processing company owned by the Mars family. Headquartered in Virginia, the family-owned business has evolved into one of the largest food processing company in the world, earning $35 billion in 2017. Mars has a product portfolio that spans across some diverse segments including chocolate, pet care, food, drinks, and symbioscience.

As a result of growing competition from healthier confectionery products, Mars recently completed the buyout of its subsidiary Wrigley from billionaire Warren Buffet‘s Berkshire Hathaway. This move is expected to consolidate the company’s dominance in the global confectionery market, of which it controls 13.5 percent.

Founded in 1886 by pharmacist John Pemberton, Coca-Cola has since evolved into an iconic global brand, whose drinks are consumed 1.7 billion times daily in more than 200 countries. The Atlanta company operates under a business model where it only produces the cola syrup concentrate. The bottling, sale, and distribution of the finished product are franchised to bottling companies across the globe.

As a part of its plan to focus more on its profitable concentrate production, Coca-Cola sold some of its bottling operations in China for $1 billion. In the U.S., they recently announced plans to build a brand-new, state-of-the-art, one-million-square-foot factory in Houston. The $250-million project is slated to open in 2020.

Tyson Foods is the largest beef producer and exporter in the United States and one of the largest in the world. From 111 facilities, 107 of which are located in the U.S., Tyson products, including chicken, beef, pork, and processed foods, are distributed in 130 countries. The Arkansas-based company also employs over 113,000 people who work at its facilities and plants worldwide.

Tyson Foods recently acquired a 5 percent stake in Beyond Meat, a company that specialises in producing plant-based meat, which is believed by experts to be a healthier alternative to animal meat. Tyson is looking to be a forerunner in the U.S. meat industry with regards to this new meat product, which Microsoft founder Bill Gates has described as the “future of food.”

JBS is the world’s largest meat (beef, pork and chicken) processing and exporting company, with over 300 production units in more than 15 countries. Headquartered in São Paulo, JBS has grown from a local beef company into a global leader in the meat production industry, serving 350,000 clients in over 150 countries. The company has seen phenomenal growth in recent years, with sales growing at 35.2 percent annually. The grows is largely driven by the U.S., which accounts for 48 percent of total sales.

The company’s expansion into the international market has been driven by acquisitions, starting with the $225 million purchase of Swift & Company, one of the largest U.S. beef and pork processors. In recent years, the company has spent more than $5 billion in the acquisition of rival companies, including Tyson de Mexico, Primo Group, Moy Park, Big Frango, Anhambi, and Cargill Pork.

Anheuser-Busch InBev was formed in 2008 through a merger between three giant brewing companies: Belgium-based Interbrew, Brazilian-based AmBev and American company Anheuser-Busch. Now operating out of Belgium, the company has since grown to become the largest brewer in the world, with more than 200 brands generating total revenue of $56.44 billion. Some of its popular drinks include Budweiser, Corona, Stella Artois, Beck’s, Hoegaarden and Leffe, Bud Light, Skol, Brahma , and Antarctica. InBev also employs more than 155,000 people in 25 countries.

In 2016, InBev acquired rival brewer SABMiller in a massive $107 billion purchase. The deal combined the world’s biggest brewers into a company that now controls about half the industry’s profit. The Belgian company has also set its sights on acquiring Coca-Cola, according to CEO Carlos Britto.

With a portfolio of 22 iconic brands, including Pepsi, Lays, Gatorade and Tropicana, PepsiCo is the second-largest food and beverage company in the world today. The company’s origin dates back to the late 1980s when founder Caleb Bradham developed a cola recipe to rival Coca-Cola. The name PepsiCo, Inc was later adopted in 1965 when the company merged with snack giant Frito-Lay.

Recently, the company has shifted its focus to improving the nutritional and health value of its products, as consumers pivot away from traditional junk foods. The company has publicly announced its intention to cut down the sugar and saturated fat content in its products without sacrificing taste. PepsiCo also entered into a partnership with TB Alliance, a non-profit organisation committed to advances in tuberculosis treatment. The partnership will see PepsiCo deploy its research expertise to develop unique flavours and recipes that would neutralise the unpleasant taste of TB drugs.

Nestlé is the global leader in the food and beverage industry, with revenues of $78.9 billion in 2017. From its modest beginning 150 years ago, the Swiss multinational now operates in 189 countries and boasts 335,000 employees globally. With more than 2,000 brands in segments such as baby foods, bottled water, cereals, chocolate and confectionery, coffee, culinary, chilled and frozen food, dairy and drinks, Nestlé has established itself as a global household name. Growth in recent times has been driven by its drinks business such as Nescafé and Nespresso, which accounts for 21.68 percent of its revenue.

The company has in recent years shifted its focus to improving the nutritional, health and wellness needs of its customers. In this regard, Nestlé Health Science recently entered into a partnership with Aimmune Therapeutics to invest $145 million towards the development of solutions for people with food allergies. 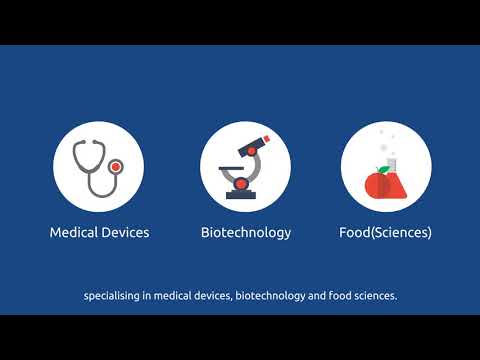 Together with QTC Recruitment, VitroScan has recruited a Senior Scientist Bioinformatics. Since VitroScan is a small start up, QTC Recruitment offered a lot of help in the process. They timely presented a good list of candidates, provided useful details…

Through Wiebe, we were able to quickly find new employees. Clear agreements and a pleasant cooperation.

Rick has a series of talents and capabilities that will lead to success. He listens to his clients, has a broad interest and approach, is creative, thinks out of the box and is very eager on…

When we introduced our new recruitment approach earlier this year to QTC, Jord immediately adopted our vision and supported our ambitious recruitment challenges with an unbelievable sense of urgency. We like their no-nonsense approach, always keeping…

During my interaction with Hans, he demonstrated a high degree of expertise, commitment and flexibility, not loosing sight of a candidate’s personality. Hans has the ability to act as a true intermediator and guide the process…

To find out what QTC Recruitment can do for you, please contact us.